EXECUTIVE SUMMARY
LMI Holdings, a private Ghanaian conglomerate, has commenced the development of a
$200M multimodal transport corridor, the Trans-Volta Logistics Corridor Project, to
transport containers and bulk cargo from the Port of Tema to Ouagadougou via the Volta
Lake. The Project will involve the construction of two (2) new ports at Akwamu – Korankye in
the Eastern Region of Ghana (the Southern arm of the project) and Debre in the Savannah
Region of Ghana (the Northern arm of the project).
LMI Holdings commissioned TAXI 233, an event planning and management agency to plan
and execute the Sod-cutting Ceremony for the commencement of the construction of the
Debre Port Project in the Savannah Region on the July 22, 2022.
The Vice President Alhaji Dr. Mahamoud Bawumia was the special Guest of Honour for the
event and other dignitaries in attendance were Hon. Samuel Abu Jinapor (Minister for Lands
and Natural Resources), Hon. Kwaku Ofori Asiamah (Minister for Transport), Hon. Seed Jibril
(Savannah Regional Minister), Mr Kojo Aduhene (CEO of LMI Holdings), Chiefs, government
officials, media, security services, the people of Mpaha, Kpasara and the surrounding
communities and the general public.
This report outlines the planning, execution and management of this event.
INTRODUCTION
Debre Port is located in the Savannah Region at a village close to Mpaha. The location is
about 128.7 km from Tamale and 135.4 km from Damongo the capital of Savannah Region.
The location is surrounded by the Black Volta with no access to electricity and little access to
communication network except for townships like Mpaha, Kpasara and other adjoining
communities. The area is Gonja land with the Debre-Wura as the overlord. The people are
predominantly peasant farmers.

THE PLANNING AND RECCE
1. The event team and LMI began with series of online and physical meetings to discuss
budgets, recce and logistics. The meetings were finalized on 13th July.
2. On July 7th, the event team, reps from LMI, a protocol officer from the office of the
Vice President traveled to Debre to recce the location. The team recommended
Kpasara as a suitable venue. The decision was informed by safety and security
concerns as well as the size of the grounds.
3. On 18th July, we received information that the venue should be moved from Kpasara
to Debre close to the water.
4. On 19th July, the event team traveled again to Debre to recce and advise on the
venue for the event at Debre.
5. On 20th July, the event team and LMI reps again visited the proposed site to finalise
decisions on the venue as proposed by the event team.
LOGISTICS
1. The event team collaborated with 6 event rental companies in Kumasi and Tamale
2. Canopies, chairs, PA systems, generator, carpets, mobile toilet, podium etc were
sourced in Tamale. Truss had to be transported from Kumasi together with two
decor people specifically for the truss setup.
SETUP
1. On 19th July, the event team engaged the local youth in Kpasara with the help of the
Assemblyman to clear the venue for setup.
2. On 21st July, the team arrived at the venue late afternoon to begin setup.
3. Over 25 persons were involved in the setup.
4. The team also engaged the local community to assist with the setup and preparing
the entrance to the event grounds.
5. The team worked through the night to ensure the venue was ready for the event.
We mounted canopies, truss and stage, setup generator, PA systems, mobile toilets,
telescopic flags, carpets and finally completed the décor before daybreak

EVENT
1. The event started with the arrival of the Vice President’s security team. The event
team met to discuss some security concerns and changed the sitting of the display
board. They also made changes to the seating arrangement on the dais.
2. Local community and chiefs started arriving at the event grounds as early as 8am,
followed by the LMI team and some dignitaries
3. The Ministers and the Vice President arrived by helicopter landing at Kpasara and
proceeded to Mpaha to pay homage to the Paramount Chief, Debre Wura.
4. The Vice President and his team arrived at the event grounds around 11am amidst
cheers and dancing. He proceeded to greet the chiefs, community and dignitaries
present before taking his seat.
5. The Ghana Army band played the National Anthem to commence the event.
6. The event started with prayers, followed by speeches from a representative of the
Debre Wura, Savannah Regional Minister, Director or Ports, Minster of Lands and
Natural Resources, CEO of LMI Holdings and finally the Vice President.
7. After the Vice President’s speech, he proceeded to cut the sod for the
commencement of the Debre Port with help from CEO of LMI Holdings, Debre Port
Wura, the Ministers and Chiefs present.
8. The Vice President also toured the location with the CEO of LMI Holdings.
9. Also present were security forces from Accra and the region including personnel for
the National Fire Service, and the National Ambulance Service.

MEDIA
1. On 18th July, we dispatched media invitations to 13 selected media houses ie:
a. GTV
b. TV3
c. UTV
d. Joy fm
e. Citi fm
f. Ghana News Agency
g. Daily Graphic
h. Daily Guide
i. Business & Financial Times
j. Ghanaian Times
k. Radio Savannah
l. Radio Tamale
m. Diamond FM
2. We had to send a follow up letter to all media houses on 20th July because the time
for the event was changed from 12noon to 10am.
3. A total of 29 media men were present at Debre to cover the event. 15 of them were
bussed from Tamale by the event team and the others from Damongo by the
regional minister.
4. Over 50 media publications as at 24th July 2022.

CONCLUSION
The distance and nature of the venue made it challenging however, the event team, LMI
Holdings team, event suppliers, local community and protocol officers worked together to
ensure every detail was taken care of. At the end, the event was generally a success. It was a
well planned and executed event with no record of casualties.
RECOMMENDATIONS FOR THE FUTURE
1. Ushers must be well groomed to handle such an event
2. There must be enough food and water for everyone and should arrive on time
3. Dignitaries on the dais were at a point sweating, air cooling fans should be made
available
4. All media men must be well catered for i.e. busing, feeding and honorarium
APPENDIX
1. MEDIA REPORTAGE
2. PHOTO BANK
3. VIDEO
4. FINAL BUDGET 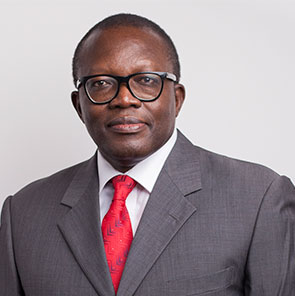 Kojo Aduhene is the Chairman and Chief Executive Officer of LMI Holdings with 27 years’ post qualification experience in the construction industry. He holds a B.Sc. Degree in Civil Engineering from Leeds University. After his University education, he worked on a number of prestigious projects in the UK, including the Channel Tunnel, which links mainland UK to continental Europe and the Docklands, a hugely successful urban rejuvenation development.

He returned to Ghana in 1992 to set up his own company, John Murphy Construction, which has developed into what can arguably be described as one of the largest Civil Engineering, Property and Utility Conglomerates in Ghana- LMI Holdings. 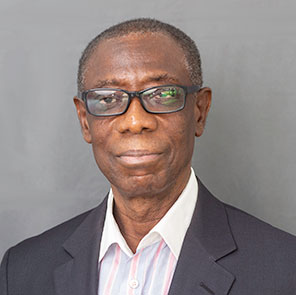 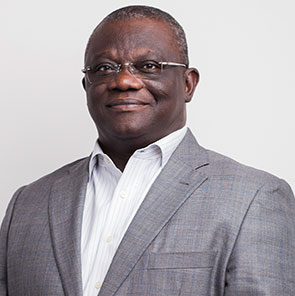 Mr Albert Essien is a retired banker and the former Chief Executive Officer of Ecobank Transnational Incorporated (ETI) where he spent 25 years rising through the ranks to become Group CEO in March 2014.

Prior to becoming Group CEO, Mr Essien served as Deputy CEO and Executive Director for Corporate and Investment Banking for 2 years. Mr Essien had previously led ETIs operations in Anglophone West Africa (excluding Nigeria), Eastern and Southern Africa. He is widely credited with the growth of the Ecobank brand in these markets.

Mr Essien started his banking career in 1986 with the National Investment Bank (NIB) in Accra, Ghana and joined the Corporate Banking Department of Ecobank Ghana in 1990.

Albert Essien holds a degree in Economics from the University of Ghana and is an alumnus of the Executive Development Programme of INSEAD (France/Singapore).

He is also an honorary fellow of the Chartered Institute of Bankers, Ghana. Mr. Essien joined the LMI Board in May 2012 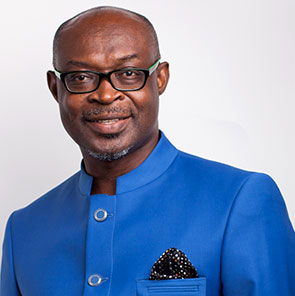 Mr. Justice Kusi-Minkah Premo is a lawyer by profession and is the Founder and Chief Executive Officer of Minkah-Premo & Co. (Legal Practitioners). He was called to the Ghana Bar in April 1984 and is a member of the Ghana Bar Association.

Currently he is serving on the boards of Minkah Premo & Co, UT Holdings Ltd., UT Life Ltd. and the Ghana Police Council. 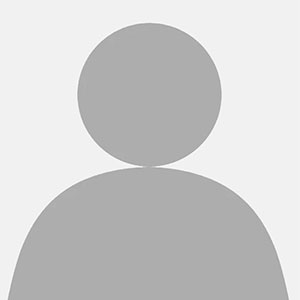